[NEWS]12.10.22 Super Junior Prepares For The Cold Weather With Northface and High Cut 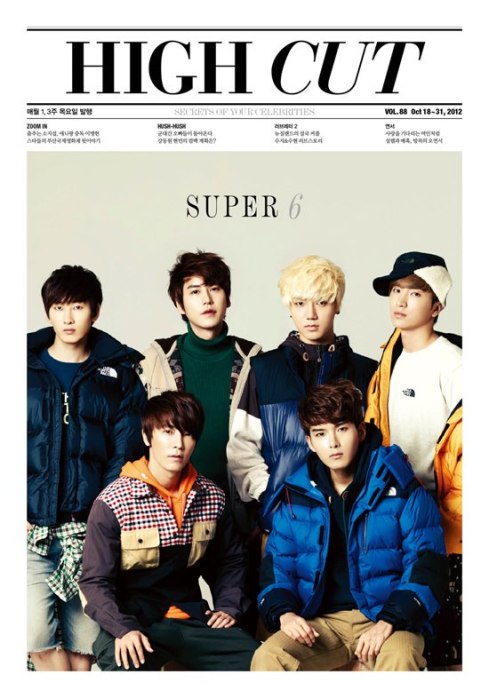 Super Junior is getting ready for the cold winter weather with Northface and High Cut magazine! Sadly it’s Leeteuk’s last photoshoot with the members as well.

For the interview portion, Leeteuk discussed his preparations for enlistment. During the interview, Leeteuk commented, “Before I enlist, I think I’m going to go around the broadcast stations and thank the PDs and writers that helped me so much.”

When asked about leaving ‘Star King’, he told High Cut, “I just got to taste how it was to be an MC, and to be honest, I am a bit sad to be leaving.”

Leeteuk also admitted that he was trying to find a girlfriend before he enlisted, sharing, “It’s true that I tried hard to make a girlfriend. I tried to have one because I heard that a letter from a girlfriend was a big source of strength [while serving in the military] but others told me ‘but you’re going to the army’. I’ll have to try to find one after I come back.”

Check out a couple of Super Junior’s photos below. You can find the rest of the interview and photos in the latest issue of High Cut magazine.