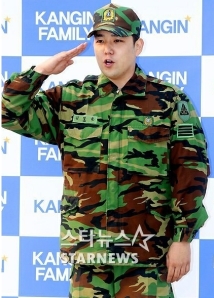 On June 11, a spokesperson for Kangin’s agency, SM Entertainment, said, “He was offered a part in the musical but we haven’t decided anything yet. The offer is under consideration.”

A media outlet reported on Kangin that he was cast in the musical, which will start performing on September 1 in Tokyo, Japan.

The musical is about the Republic of Korea as a constitutional monarchy. When it aired on TV as a TV series, Yoon Eun Hye and Joo Ji Hoon played the lead roles and received a lot of attention.

Kangin completed his army service in April. He decided to join the Army after a scandal in September and October, 2009.

However, group members showed off their close friendship by mentioning his name on TV. As a result, many people are wondering whether he will join the group again or not.